The license for travelling ships which are covered under Qeshm International Trust Alliance P&I to Indian ports extended for another one year by Indian shipping Company. 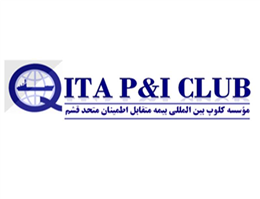 In line with Islamic Republic of Iran Shipping Lines policies, since a few months ago, Qeshm P&I commenced written negotiations with the authorities of Indian shipping Company, MANA correspondent reported.
In the next step, the necessary documents were sent to be approved by the Directorate General of Shipping (DGS), eventually, and after pursing for several months, the license for travelling ships which are covered under Qeshm P&I club to Indian ports extended for another one year.
According to this report, the entrance of ships to world ports requires offering numerous documents, P&I insurance is of great significant among these documents.
it must be asserted that IRISL fleet with insurance of Qeshm P&I club  can travel to the world ports with no restrictions.
It is noteworthy to mention that India is among country who enforces more strict rules and regulations foe traveling ships to its ports.
0
Tags: Qeshm P&I Club India Ports Re-entrance of Ships
Visit Home
Send to friends
Print
Newsletter
Share this news