Scrubbers a Good Option for Bulkers to Comply with Sulphur Cap,

INSTALLING scrubbers to comply with the global sulphur cap of 0.5% for bunker fuel from 2020 can be a strong option for some dry bulk owners, particularly those operating smaller vessels like handysize and supramax, a senior executive from Japan’s Mitsui OSK Lines said. 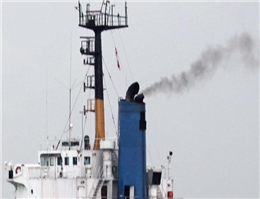 According to MANA, while the company has plans to deploy natural gas as a marine fuel for containerships, car carriers and ferry boats, it would consider using scrubbers for bulk carriers due to the unavailability of low-sulphur fuel in distant ports, the general manager for MOL’s energy transport business Michihiko Nakano said at the sidelines of the IBC bunkering conference.
Mr Nakano explained that while cruise ships and container vessels have defined routes, bulkers move around the globe and the lack of availability of low sulphur fuel at distant ports is a major concern.
However, the cost of scrubbers at $2m to $5m each is relatively expensive and significantly increase operating costs for ship owners.
The only way to cope with this would be to pass this cost on to customers, for example through higher freight rates, said Western Bulk procurement manager Sara Scaramelli during a panel discussion.
Another concern is the risk that the annual depreciation cost of scrubber installations can be relatively high in comparison to a vessel’s annual hire costs.
Options for ship owners to comply with the sulphur cap include switching from fuel-oil based bunker fuels to marine gasoil or diesel which generally have a lower sulphur content, retroactively adding scrubbers to their ships to remove sulphur in fuel oil or investing in engines that can burn alternative fuels such as liquefied natural gas and methanol.
Another major Japanese operator - Nippon Yusen Kabushiki Kaisha - plans to install scrubber systems on two new handymax bulk carriers of 56,000 dwt being built at Oshima Shipbuilding.
The first vessel is due to be delivered in the final quarter of 2018 and the second in the first quarter of 2019.
0
Tags: sulphur cap Bulker Scrubbers
Visit Home
Send to friends
Print
Newsletter
Share this news