Global newbuilding orders have dwindled in the first half of this year to 245 units, dragged down by reduced interest for containers and zero order for offshore vessels, but new orders for bulkers and tankers have risen, according to data from VesselsValue. 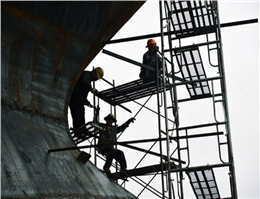