Abductions of crew by terrorists in the southern Philippines remain the top concern for Asian anti-piracy body ReCAAP, despite a lull in incidents since May. 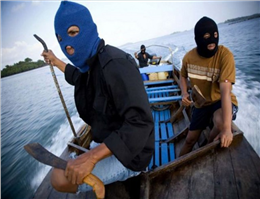 Philippines Islamic militant group Abu Sayaaf turned to kidnapping ship’s crews for ransom in the Sulu and Celebes Seas in the south of the country, MANA correspondent reported.
Releasing its half-year report ReCAAP Information Sharing Centre (ISC) said that there had been a total of seven attacks in the area in the first half of this year with three successful abduction attempts, and four unsuccessful attempts. All the attacks were recorded in the first four months of 2017, with no actual or attempted abductions since May.
“Since May there have been no cases of armed abduction of crew so maybe the situation is improving, but it is still very much a concern,” Masafumi Kuroki, executive director of ReCAAP, told a press briefing in Singapore on Tuesday.
“Although since May we haven’t had any incidents of abduction of crew we do not yet think the situation is stable in that region and keep our advice to ships to re-route if possible,” he added.
Attacks on merchant ships to abduct crew for ransom in the southern Philippines, claimed largely by Abu Sayaaf, started in March last year with 59 seafarers abducted from 13 vessels in the region. To date 28 have been released, 11 rescued and four killed, with 16 remaining in captivity. Although there have been no new abductions since May this year two weeks ago saw the beheading of two captives.
In response to the attacks trilateral patrols have been launched by the Philippines, Malaysia and Indonesia and a recommended transit corridor established for merchant shipping between Moro Gulf and Basilan Strait. A second corridor has been proposed for the Sibutu Passage. 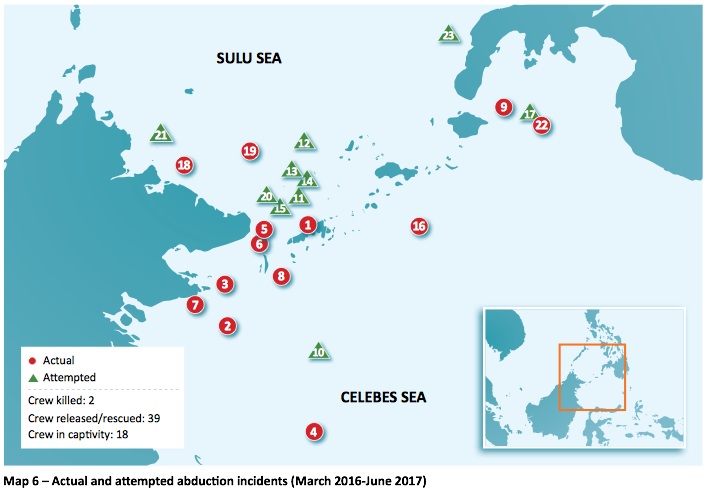