Loss-making Yang Ming Marine Transport Corp is planning to make a public offering of 500m shares as part of the company’s ongoing recapitalisation plan to stabilise its weak financial standing. 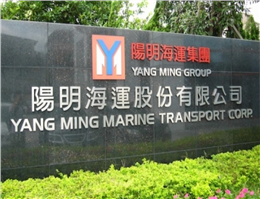 The Taipei-listed container line said that under the public offering of an additional 500m shares, the existing shareholders, Yang Ming employees and the general public will be able to purchase the company stock at a price to be determined, reported by MANA correspondent.
“This public offering is made largely in response to the interests shown by current shareholders to invest in Yang Ming,” the carrier said.
In 2016, Yang Ming recorded a full year loss of TWD14.91bn ($493.6m) compared to the loss of TWD6.46bn in 2015.
But the company noted that container shipping freight rates have risen over the first half of 2017 compared to the year-ago period, translating to higher revenue of TWD63.5bn in the first half, up 15.7% year-on-year.
“Based on the company’s recent results and the overall performance and trend in the industry, Yang Ming remains optimistic in our forecast for 2017,” Yang Ming said.
0
Tags: Yang Ming Taiwan loss share 2017
Visit Home
Send to friends
Print
Newsletter
Share this news