Impact of Cyber-attack on APM Terminals Less than Feared

The impact of the recent cyber-attack on the Maersk Group on APM Terminals was not as great as feared according analysts SeaIntel. 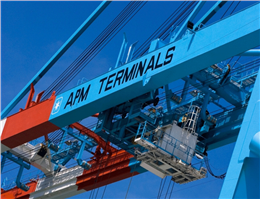 Copenhagen-based SeaIntel said that its analysis on the impact on APM Terminals operations showed a “clear impact” in the short-term but not far outside normal operating fluctuations, MANA correspondent reported.
“For the most part, APM Terminals continued vessel handling operations as normal, albeit at a slower pace for a short number of days,” SeaIntel said.
While there was severe impact at certain terminals, such as the fully automated, Maasvlakte II terminal in Rotterdam where vessel operations stopped completely for a full week, the impact across all 68 of APM Terminals facilities was seen as “muted”.
“We see vessels arriving late and spending longer time at berth for a few days, but overall, the impact is not outside what we see through normal operational fluctuations,” commented Alan Murphy ceo of SeaIntel.
In worst cases vessels were re-routed to other terminals such as in Rotterdam where its APMT Rotterdam terminal saw vessel stays double to an average of three days.
0
Tags: cyber attack terminal operator APM Rotterdam
Visit Home
Send to friends
Print
Newsletter
Share this news