More than 4,400 Migrants Set to Arrive in Italy Ports

CATANIA, Italy, July 14 (Reuters) - More than 1,400 migrants disembarked in Italy on Friday, the first of more than 4,400 who are expected to come ashore during the day after being picked up by rescue boats this week in the southern Mediterranean 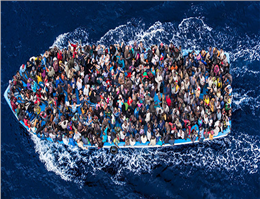 According to MANA, Their arrival comes as the Italian government, looking to stem the flow of migrants into the country, has drawn up a draft code of conduct for non-governmental organisations operating in the Mediterranean.
The interior ministry said that up until July 13, some 86,123 migrants had come to Italy so far this year, up 10 percent on the same period in 2016.
While NGOs have criticised plans for a code of conduct, saying it will make it more difficult to help migrants fleeing poverty and war, a United Nations spokeswoman said Italy needed more help dealing with the crisis.
"Basically, in Italy we need more solidarity from the rest of the European Union. In Libya we need more stability, but we also need across all of Africa better investment in order to help people (there)," said Carlotta Sami, spokeswoman for the United Nations refugee agency, the UNHCR.
0
Tags: Migrants
Visit Home
Send to friends
Print
Newsletter
Share this news