Egypt's Ministry of Foreign Affairs issues statement on ban, despite its earlier stance of adhering to the Constantinople Agreement allowing free passage to all vessels through the Suez Canal. 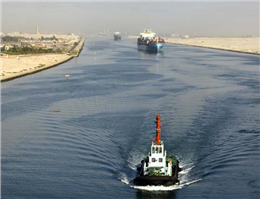 According to MANA, EGYPT has enacted a ban on Qatar-flagged vessels entering its ports following a regional spat that is entering its fifth week.
According to a circular to members by Intertanko, Egypt's Foreign Affairs Ministry said: “Egypt closes her air and waterways against all Qatar’s means of transportation for the sake of national security.”
A month ago, a bloc of Arab nations including Saudi Arabia, the United Arab Emirates, Bahrain and Egypt announced they were cutting economic and trade ties with neighbouring Qatar over allegations it was funding terrorist groups.
Egypt at the time had however said it would adhere to the Constantinople Agreement, which allowed free passage to Qatari vessels using the Suez Canal.
The Constantinople Agreement prevents Egypt from forbidding the free passage of any vessel through the Suez Canal unless there is a war between Egypt and that country, according to the Intertanko note.
0
Visit Home
Send to friends
Print
Newsletter
Share this news