Gulf Crisis Spills over into IMO 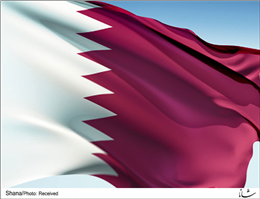 According to MANA, AFTER a month of international isolation, Qatar used the International Maritime Organization to voice its grievances over the trade-prohibiting measures imposed by fellow IMO member states.
During the Marine Environment Protection Committee 71 plenary session on Tuesday, Qatar took IMO member states Saudi Arabia, the United Arab Emirates and Bahrain to task, alleging that they were violating IMO conventions and accusing them of causing “colossal disruption” to Qatar’s trade flows through a blockade.
“The above-mentioned three member states have decided and acted in indubitable violation of IMO conventions and other legal instruments on search and rescue, prevention of pollution, and preservation of the marine environment in the region,” a country representative said.
The three countries were also in violation of certain parts of the UN Convention on the Law of the Sea, which delineates rules and rights in the governance of international waters, Qatar further argued.
Qatar has been largely isolated by the measures imposed by Saudi Arabia, the UAE, Bahrain and Egypt on June 5, with diplomatic ties cut and commercial links via sea, air and land blocked. Five more countries have also severed their diplomatic ties with the country.
The beleaguered state made its case at the IMO on Tuesday on the eve of a deadline for Qatar to respond to 13 demands issued by its neighbours on June 22. Among the demands were reducing diplomatic ties with Iran, ceasing the funding of terrorist activities and shutting down state-funded broadcaster Al Jazeera.
0
Tags: Qatar IMO
Visit Home
Send to friends
Print
Newsletter
Share this news