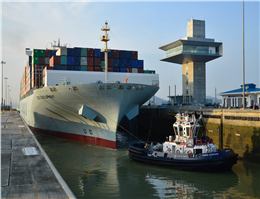 “The modified tolls will safeguard the Canal's competitiveness, charge a fair price for the value of the route and provide a competitive service to the global shipping industry,” said Panama Canal Administrator, Jorge L. Quijano, MANA correspondent reported.
“The public hearing is a key part of the tolls modification process, which ensures all interested parties can provide feedback for consideration,” he added.
The hearing follows the conclusion of a 32-day formal consultation period for industry feedback. All comments received both in writing and at the hearing will now be evaluated and analyzed by the Board of Directors, which will submit its recommendation to the Cabinet Council of the Republic of Panama, for official approval prior to a final decision announcement.
Initially announced on June 1, the proposed modifications aim to provide additional incentives to the container segment for their return voyages, a reclassification of the container/breakbulk vessels, and revised tolls for the liquefied natural gas (LNG) and liquid petroleum gas (LPG) segments, reflecting the changing demand for the route.
The modifications were proposed after an analysis of the current utilization and productivity of the Neopanamax Locks, and after meetings with Panama Canal executives, customers and industry representatives in Europe, Asia and North America.
0
Tags: Panama toll neopanamax
Visit Home
Send to friends
Print
Newsletter
Share this news