South Korean shipping company SM Line is keeping busy with fleet expansion plans as it sets sights on adding nine more ships by the end of the year. 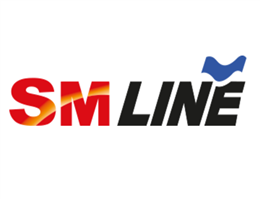 The intentions were revealed to the local media by company executives, according to which, the new ships will be deployed on the new intra-Asian and trans-Pacific routes, MANA correspondent reported.
Availing of the relatively low asset prices, the company plans to acquire five 8,500 TEU and four 5,000 TEU containerships by the end of this year, Ki Hun Kwon, president of SM Line, is quoted as saying at the meeting.
As disclosed, the 8,500 TEU ships are intended for a new Pacific Northwest service, while their smaller counterparts would be deployed on a new US East Coast service, both set to launch in 2018.
Separately, the company expects its revenue to reach USD 380 million this year, while in 2018 the revenue target of USD 800 should be achieved.
The announced acquisitions, once completed, will push the company’s fleet to 26 vessels.
0
Tags: south korea container ship SM Line fleet
Visit Home
Send to friends
Print
Newsletter
Share this news