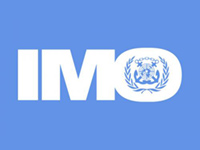 According to MANA, A committee meeting at the International Maritime Organization (IMO) moved strongly in favour of giving owners more time to comply with the ballast water convention this week.
As things stand owners are required to fit ballast water treatment systems, which can cost in excess of $1m, in the first statutory dry docking after September this year.
Because this comes too quickly for many owners there was strong support for a Norwegian proposal that owners be granted a two-year grace period, until September 2019, before they have to consider fitting the equipment.
Until then these ships will have to conduct ballast water exchange and have a ballast water management plan onboard.
Also newbuildings with keel laying after September 2017 will all have to fit ballast water treatment systems.
The final details will not be confirmed until Friday’s final IMO plenary meeting.
While there may be changes before the end of the week, the only other option currently on the table is from Japan.
It is suggesting that no major changes be made to the implementation schedule with only a matter of two months to go before the ballast water management convention enters into force.
It told the IMO major changes would be “truly unsuitable for the smooth implementation of this international convention as well as undesirable for stakeholders and the IMO.”
But it urged the IMO to commit to a date this week. “Otherwise, it is too late to start the smooth implementation of the convention on time,” Japan warned.
0
Tags: IMO Ballast water convention
Visit Home
Send to friends
Print
Newsletter
Share this news