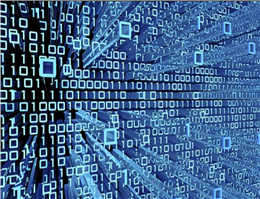 According to MANA, In the wake of last week’s ransomware virus attack on Maersk, iContainers reported being left temporarily limited in terms of taking bookings and managing operations related to merchandise on the Danish shipping giant’s vessels. Two days after the attack, as Maersk struggled to regain some form of normalcy, freight forwarders continued to work on getting releases for import containers.
The Petya virus not only crippled Maersk’s booking system and slowed down its tracking of containers, it also caused congestion at nearly 80 ports around the world operated by its subsidiary, APM Terminals, the freight forwarder said. The carrier was only able to resume accepting bookings nearly three days after the attack, and had to be done through a third party provider.
“Considering the importance and value of what the industry does, it is ill-prepared for an attack such as this. One would have thought that Maersk was perhaps the carrier with the highest level of protection,” says Klaus Lysdal, Vice President of Sales and Operations of iContainers.
More attacks expected
Experts have warned to expect more hits over the next six months as affected organizations try to dig at the root of the problem. According to global advisory firm AlixPartner, most of these attacks originate from an ‘initial email’.
“All we can really do is protect our systems. Between the carriers, rails, and terminals, there really isn’t much that can be done from a third party,” adds Lysdal.
Researchers say the organizations that were hit tend to be those in industries with fewer investments into cyber security. While the ocean freight industry has been relatively slow in adopting much-needed security measures to fend off attacks such as these, recent maritime conferences have put much emphasis on cyber security.
According to iContainers, this attack should serve as a warning of the increasing vulnerabilities of the industry as it shifts towards automation and digitalization.
“For the industry as a whole, this attack probably comes as a healthy reminder. With global coverage and more and more features being made available online, carriers are facing increasing exposure to such attacks,” explains Lysdal.
“After years of low earnings and huge losses, some may not have been as diligent on their security as they perhaps should have been. Maersk stands to lose a substantial amount of money from this current attack, which hopefully will spur every carrier to intensify their security measures.”
0
Tags: cyber attack
Visit Home
Send to friends
Print
Newsletter
Share this news