Why Has Shipping Got it So Wrong? 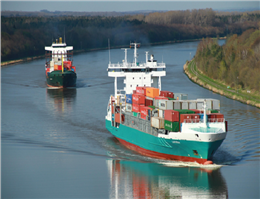 According to MANA, THE arrival of spring brought fresh bloom on the trees and flowers on the plants but there is no spring in the step of the shipping industry as it moves into another slow summer.
The recent spring gatherings in New York and Stamford, Connecticut produced the false view that the dry cargo markets were booming when in fact they were barely breaking even.
All of this while shipping continues to carry more than 90% of physical world trade and will do so for the foreseeable future.
Shipping is the world’s largest service industry, with hundreds of shipowners competing on a global basis to be paid to transport billions of dollars’ worth of cargoes across the oceans and waterways around the world.
The huge rise in demand for shipping services in the last decade, led by the Chinese industrial boom starting in 2004, caused a significant surge in freight rates for dry bulk and containerised cargoes. This attracted a large number of new owners and investors from the various private equity and hedge funds in the US and Europe.
It is clear that the objectives of many investors in the publicly quoted companies were to chase short-term gains in ship values while cutting costs in all directions. However, most of the funds that have invested in the last 10 years have shown little or no return except for some day trading on shipping rumours.
The investment surge focused on building new ships to meet the perceived increased demand, with a view that the ship values would increase, enabling them to be sold for a profit as soon as they were delivered.
This philosophy ignored the fact that ship values are driven by the revenues earned from carrying cargoes, the quality of the ship management and the capacity of the shipyards to build new ships, and deliver them in a short timeframe.
The Chinese boom lasted less than five years but the new ship orders continued to deliver into the second decade and resulted in a 50% growth in the capacity of the world fleets of dry bulk and container ships. The tanker fleets were also over-built as investors switched their attention away from the loss-making dry markets and also climbed into the offshore support vessel markets.
The result is a grossly overtonnaged industry with depressed freight rates and reduced ship values. Many quoted companies face insolvency as the unavoidable costs of classification surveys loom and the balance sheet values of the ships are overstated.
Many of the new investors rely on statistical projections of ship values rather than a factual analysis of the freight markets and ignore the fact that charterers will not fix long-term charters with owners that are likely to sell the ships at any time.
Funds have rarely done well when investing in service industries that use expensive assets that are high-maintenance and inherently depreciating.
Hard core
Most of these facts are known to traditional shipowners, who have faced similar excesses in the past 30 years, but none of such a serious size.
These owners, who value close relationships with cargo owners, form the hard core of shipping that focuses on operating their ships efficiently on period charters that generate modest profits after bank financing and depreciation but provide a long-term revenue stream.
A well-maintained ship properly managed can earn as much as a new ship, as there has been little change in the ship’s fundamental technology. The ships must be properly certified and the costs of these statutory surveys must be budgeted for.
New regulations covering air pollution and ballast water treatment will slowly be introduced, but are costly.
Given the substantially private nature of ship ownership it is not surprising that the majority of charter fixtures go unreported and the so-called indexes, such as the BDI, are a worthless gauge of market activity. Only the publicly quoted companies publish some details of charters and the prices of ships bought or sold.
The result of the short-term approach to ship values is that a majority of ships now trade in the spot markets, do not achieve even 300 days annually of paid activity and have to pay for their own fuel.
Recently we have seen a surge in newbuilding orders in both wet and dry bulk and more surprisingly in large containerships. But funding the construction of large numbers of ships of all types without securing their employment is a huge mistake, as we have already seen.
The enormous losses in the German equity and debt markets will be repeated elsewhere, and probably in the Chinese and Korean export-import banks as they work to support their shipbuilders.
The outlook for crude oil demand is stable, with no growth in production and low prices. But the introduction of new fleets of Iranian and Saudi very large crude carriers and the decline of US imports suggest a weak future for ships not fixed on period charters.
The container markets are grossly overtonnaged and mostly a one-way traffic, with few backhaul cargoes, and new US policy on trade agreements will likely reduce US imports.
Overall, we can expect shipping to return to making marginal profits from the services it provides and the operational longevity it can obtain from using well-maintained and well-managed ships.
0
Tags: shipping
Visit Home
Send to friends
Print
Newsletter
Share this news