The Ocean Alliance has switched its Doha call to the Port of Sohar in Oman following sanctions against Qatar. 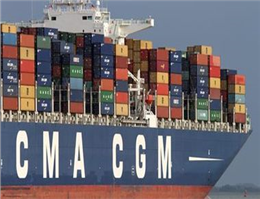 According to MANA, The Ocean Alliance, comprising CMA CGM, Cosco, Evergreen and Orient Overseas Container Line (OOCL), has temporarily stopped calling at Hamad Port in Doha on its MEA2 service analyst Alphaliner reported. The first call was made at Sohar on 7 June by the APL Mexico City.
Members of the Ocean Alliance will be transhipping cargo to Qatar on Milaha which has a launched a new three times weekly service between Sohar and Qatar in response to the sanctions.
Meanwhile Maersk Line is running its owner feeder service between Qatar and Salalah in Oman to service the Qatar market.
0
Tags: Ocean Alliance members Qatar oman
Visit Home
Send to friends
Print
Newsletter
Share this news