Amid the diplomatic crisis engulfing Qatar, the focus of the LNG shipping market could shift more to the Asia-Pacific region as Australia ramps up LNG supply and demand grows in South Korea, China, and India. 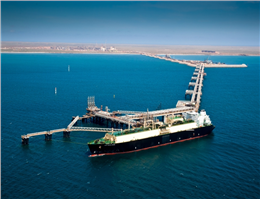 According to MANA, Qatar exported 265 million tonnes of LNG in 2016, accounting for 30% of global LNG exports.
However, Saudi Arabia and other Gulf states have severed diplomatic ties with Qatar over the latter’s alleged support of terrorist groups and payments to Iran. This has caused disruptions to Qatar-flagged ships, fuelling concerns that LNG supplies could be affected.
Italian broker Banchero Costa said that the silver lining is that Australia and the United States could fill the LNG supply gap, should this arise.
IHS Markit data show that Australia is set to significantly grow LNG exports as more liquefaction projects come online.
In 2016, Australia’s LNG exports increased by 52.4% year on year (y/y) to 44.9 million tonnes in 2016, resulting in its market share to move up from 10% in 2014 to 17% in 2016, as projects such as Gorgon began production.
While Japan’s maturing economy and the resumption of nuclear power production have meant slowing LNG demand growth, the recent election of new South Korean President Moon Jae-in, who is keen on promoting cleaner energy, could mean rising demand for natural gas in South Korea.
South Korea is now the world’s second-largest LNG importer after Japan, which according to customs data, reduced LNG imports by 2% to 83.3 million tonnes in 2016, continuing a trend of lower LNG imports that began in 2015. Australian government estimates indicate that Japan would reduce LNG imports to 80 million tonnes in 2018.
Under President Moon’s proposed energy policy, the share of gas in the country's electricity mix could increase from the current 18% to 27% by 2030. In contrast, coal's contribution would fall from about 40% to 21.8%, and nuclear from 30% to 21.6%.
In a move to support this, President Moon ordered a temporary halt in June 2017 on 10 old coal-fired power plants, and outlined plans to bring forward their permanent closure. There have been estimates that the new energy policy could mean a jump in South Korea’s LNG imports by more than 50% by 2030.
As China continues to fight pollution, the country wants to raise the share of gas in its energy mix from 5% to 10% by 2020. The country imported 26.1 million tonnes of LNG in 2016, up 32.6% y/y.
The emerging market of India is also something to watch. Indian LNG imports rose by 30.1% to 19 million tonnes in 2016, encouraged by low international prices and domestic output.
0
Visit Home
Send to friends
Print
Newsletter
Share this news