Shipping Struggles to Get to Grips with Qatar Crisis

Shipping was still struggling to get to grips with the crisis surrounding Qatar four days after diplomatic links were cut by several of its neighbours. 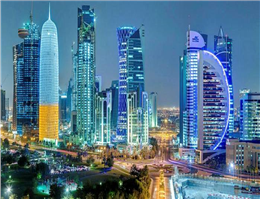 According to MANA, reports have emerged that Abu Dhabi petroleum port authorities have eased restrictions on oil tankers going to and from Qatar.
The body is said to have issued a new circular removing previous restrictions on non-Qatar owned, flagged or operated vessels, reports Reuters.
The wire agency reported on Wednesday that two VLCCs had loaded Abu Dhabi grades despite having taken Qatari crude in an earlier leg of the voyage.
Earlier in the week Affinity Shipping said that a VLCC loading plan was changed on to avoid issues arising from the Qatari diplomatic crisis.
In addition Ocean Freight Exchange reported that Total had replaced the 297,345-dwt DS Venture (built 2011) with the 157,850-dwt Eagle San Juan (built 2012) and 157,737-dwt Nordic Star (built 2016) for a Jebel Dhanna/East and Al Shaheen/East voyage respectively.
Separately, commodity trader Trafigura said the political dispute between Qatar and several Middle Eastern countries has had no impact so far on Qatari gas exports.
“The developments in Qatar have so far not impacted at all our trading business. It’s much too early to say if there could be a disruption,” chief financial officer Christophe Salmon told Reuters.
“We generally see any geopolitical event as an opportunity for trading rather than a threat,” he added.
Royal Dutch Shell said on Wednesday its business is not experiencing any operational disruptions in Qatar in the wake of a decision by several Gulf countries to sever ties.
“Currently we are focused on running our Qatar business as usual and are not experiencing any operational disruption as a result of the current situation,” the company said in a statement.
Shell has a deal with the Dubai Supply Authority to deliver up to three liquefied natural gas cargoes per month, typically sourced from Qatar.
However, one LNG trader quoted by wire agencies said Shell will simply need to go into its global portfolio and find LNG from elsewhere to send to Dubai.
Wednesday also saw Evergreen and OOCL say that they had suspended shipping services to and from Qatar until further notice.
0
Tags: Qatar Shipping Activities
Visit Home
Send to friends
Print
Newsletter
Share this news