Although there is a huge age gap between converted and normal very large ore carriers (VLOCs), there are not many reasons to demolish or sell these oldies, according to BIMCO. 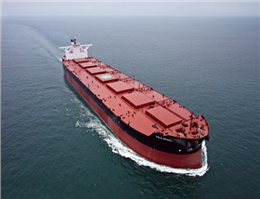 According to MANA, With an average age of 23.8 years, the VLOCs fleet converted from very large crude carriers (VLCCs) are vintage compared to similar ships. The average age for a nonconverted ore carrier above 200,000 dwt is 5.7 years, representing an age gap of 18.1 years between the two.
“There are few acute purely economic incentives to demolish VLOCs converted from VLCCs despite the comparable high age. Some of the reasons being: still running on time charter contracts and identical prices for demolition and secondhand sale,” Peter Sand, BIMCO’s Chief Shipping Analyst,said.
Currently the converted VLOC fleet capacity consists of 36% ships older than 24.2 years, which amounts to 5.1 million dwt. Furthermore, 34% or 4.7 million dwt will exceed the average demolition age within the next 12 months.
“The lifespan of a ship depends on a variety of parameters, such as maintenance, general fatigue and the design itself. Without specific knowledge about these parameters it is impossible to draw specific conclusions on the general lifespan or projected life of any ship type,” Lars Robert Pedersen, BIMCO’s Deputy Secretary General, said.
0
Visit Home
Send to friends
Print
Newsletter
Share this news