IF the objective of the blockade against Qatar was economic isolation through confusion, the Gulf states headed by Saudi Arabia and United Arab Emirates have succeeded beyond expectations. 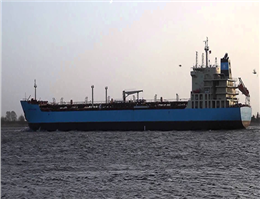 According to MANA, On day four of the crisis, shipping companies caught in the crossfire were still struggling to make sense of the restrictions being implemented by various port authorities, not least because ports within the same country were unable to communicate a uniform ban.
Shipbrokers, owners, correspondents and lawyers have relied increasingly on so-called circulars from port authorities to make sense of the exact restrictions in place, but the timing and language of communiqués from each port authority have fluctuated in the last few days.
A case in point was the Abu Dhabi Petroleum Ports Authority, whose first notice banned all vessels flying the flag of Qatar, and all vessels arriving from or destined for Qatar, irrespective of flag, from entering its port limits.
On Wednesday, this was amended to add all vessels owned or operated by a Qatari company, but did not mention non-Qatari flagged vessels that were heading to and from Qatar, prompting widespread speculation that very large crude carriers could continue loading cargoes at multiple ports including Qatar.
But on Thursday, Reuters reported that the blanket ban on all vessels to and from Qatar had been reimposed.
“Unf***ing belivable,” was all one Singapore-based shipbroker could say. “Total chaos. No one knows what they are doing,” another one replied.
Conversations with personnel based in ports such as Dubai indicate that the ports themselves are figuring out a response as the severance of ties with Qatar was so sudden, resulting in the piecemeal announcements on ship restrictions.
A Qatarstrophe in the making
Meanwhile, P&I Clubs and law firms have advised their clients to obtain regularly updated information and to take the restrictions of individual ports into consideration when making any changes to shipments.
The variations in directives range from restrictions on foreign vessels with even one Qatari national as crew, to transhipments — the transfer of cargo to another vessel —and cargoes in transit.
For instance, Saudi Arabia has not banned vessels coming from or going to Qatar, or vessels carrying transit cargo from Qatar, but imports or exports to Qatar are banned.
Foreign-flagged vessels with transit cargo loaded from Qatar and destined for ports other than Saudi Arabia are allowed to enter Saudi Arabia, and partial cargoes loaded from Saudi Arabia should be destined for ports other than Qatar, according to a note from a local correspondent.
For example, the containership CMA CGM Leo departed from Hammad Port in Qatar on June 6 and berthed at Dammam port in Saudi Arabia on June 7.
Anecdotal information suggests that transhipment cargoes at several other major ports, such as Jebel Ali in the UAE, have ground to a halt, and supplies of general cargo from Fujairah to Qatar have also evaporated, leading to cancellation of some time charters.
Lawyers have warned that disputes could arise from that fact that some counterparties would be willing to risk port calls where restrictions are unclear while other parties prefer to adopt a worst case scenario and refuse to undertake trades altogether.
"The Qatar situation is fluid at the moment. Lines have dropped their Qatar-bound boxes in transit in other ports so as to adhere to new regulations,” Francis Goh at X-Press Feeders said. “We have had to also adjust our own feeder service by dropping Hamad calls until the situation becomes clearer."
Smooth operators
Lloyd’s List Intelligence data showed that at least six oil tankers have been conducting multiple loadings in the Middle East, including terminals in Qatar, amid changing port directives.
Apollo Dream called at Qatar’s Halul Island and the UAE’s Zirku Island, and is expected to arrive at Saudi Arabia’s Ras Tanura terminal today, vessel tracking showed. The 104,760 dwt Alberta has called at Qatar’s Ras Laffan anchorage and the UAE’s Dubai anchorage this week.
The Singapore-flagged, 313,992 dwt Asian Progress V was seen at Saudi Arabia’s Juaymah terminal and Qatar’s Al Shaheen terminal this week, Libra Trader went to Qatar’s Al Shaheen terminal from Saudi Arabia’s Ras Tanura, and the 318,129 dwt DHT Redwood has moved between the UAE’s Jebel Dhanna terminal and Qatar’s Ras Laffan anchorage.
Clearly, oil can really flow between the cracks and on the surface, owners and charterers are keeping a straight face.
“We have no news of issues so far. We will continue to gather information and monitor the situation,” Mitsui OSK Lines, whose unit manages one of the VLCCs, said.
A shell spokesperson said: “Currently we are focused on running our Qatar business as usual and are not experiencing any operational disruption as a result of the current situation. We have no further comment at this time.”
0
Tags: tanker Qatar
Visit Home
Send to friends
Print
Newsletter
Share this news