SHIPPING lines have begun to halt their Qatar services, after the Saudi Arabia-led alliance severed ties with the small Middle East country. 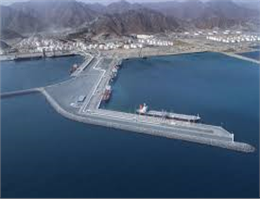 According to MANA, In response to the current political climate in the region, all Orient Overseas Container Line ships booking to and from Qatar are suspended until further notice. We are working closely with our stakeholders to address the impact on services,” Hong Kong-based Orient Overseas Container Line told Lloyd’s List in an email.
Maersk Line has also ceased cargo acceptance between Qatar and the Saudi alliance countries as DP World Jebel Ali and Abu Dhabi Terminals no longer accept cargo to and from Qatar ports, including transhipment cargo. It has also temporarily closed bookings for cargo from the rest of the world that transship over Jebel Ali, and added that it was working on alternative solutions to ensure movement of the cargo.
Forwarders in China approached by Lloyd’s List said they had received similar notices from several other shipping lines.
“The biggest headache would be those cargoes already on the way,” said one Shanghai-based forwarder.
China is Qatar’s largest import partner, with the former selling $350m worth of goods to the latter in 2016. The majority of seaborne traffic that goes into Doha’s port is transshipped via DP World’s Port of Jebel Ali in United Arab Emirates.
On Monday, the UAE began a ban on vessels entering its ports under the Qatari flag. The ban extends to vessels destined for or arriving from Qatar, according to notices from port authorities and agents.
Saudi Arabia and Bahrain have announced similar bans. However, Egypt’s Suez Canal transits have not been affected and all Qatar-flagged vessels are free to transit.
0
Visit Home
Send to friends
Print
Newsletter
Share this news