The costs of Qatari energy and commodity exports are likely to rise as the United Arab Emirates' ban on Qatari vessels cuts the ships off from the region's main refuelling port, forcing ships to sail further for fuel or pay higher prices. 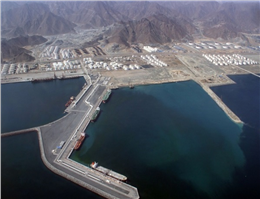 According to MANA, Saudi Arabia and the UAE, along with Egypt, Yemen and Bahrain, on Monday cut diplomatic ties with Qatar amid accusations the country supported terrorists. The Arab allies are applying many economic pressure points, including barring Qatari flagged ships from entering their waters.
Around half a dozen oil, chemical and liquefied natural gas (LNG) tankers coming from Qatar have left UAE waters or halted in the open ocean instead of docking in the UAE or Saudi Arabia as planned, according to shipping data in Thomson Reuters Eikon.
Qatar is the world's biggest LNG exporter, sending shipments of the fuel used in power generation to key users in Japan, China and India.
However, vessels leaving Qatari ports typically refuel ahead of their voyages at the UAE port of Fujairah, the Gulf's largest ship-fuel or bunkering port. That is leaving shipowners and charters scrambling to plan the logistics for their vessels.
Ships looking to fuel in Fujairah may incur delays and higher costs after being forced to divert to nearby regional ports, or to Pakistan, Sri Lanka, India, and even as far as Singapore, shippers and traders said.
0
Visit Home
Send to friends
Print
Newsletter
Share this news