IRISL Bulk Division director stated that his company has managed to sign 63 contracts with different countries for transporting grains ever since Joint Comprehensive Plan of Action (JCPOA) was executed. 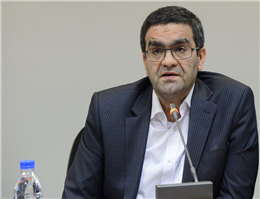 In an interview with MANA correspondent, Aliakbar Ghonji stated that brutal sanctions on Iran had blocked the way for the venture of Iranian ships to grain-exporting countries until 2015; yet, ever since March 2016, the circumstance changed.
Emphasizing the positive impacts of JCPOA on Iran’s shipping, Ghonji asserted that IRISL Bulk Division has successfully signed 63 contracts to transport grains from various countries with bases in South America, the Black Sea, and northern Europe.
According to Ghonji, 15 Panamax vessels, all owned by IRISL and decorated with Iranian flag, have been allocated to supply the transportation capacity needed by these contracts. Ever since March 2016, Ghonji added, approximately 3.5 million tons of grains – namely corns, soya, biomass, wheat, and rice – which means in average, 250 thousand tons of grains have been transported monthly. This is a new record in the recent years that has been set by IRISL Bulk Division.
Laying further emphasis on the promising impacts of JCPOA in the operational procedures of IRISL Bulk Division, Ghonji stressed that of all the merits that JCPOA brought about, some most significant ones have been creating job opportunities both directly and indirectly, moving toward the goals of resistance economy, enhancing production, sending vessels with Iranian flag to other countries which expands and promotes the mutual ties, reinvigoration of bulk-carrying vessels and hence supporting domestic industry, enhancing economic growth, and reducing costs by paying transportation rates to domestic owners.
According to Ghonji, not paying the 10 % charges of rising other countries’ flags caused a reduction in the final price of the imported goods, reduced their inflation rates, and declined the risk of foreign vessels’ refusing to carry cargos to Iran. These are other constructive impacts of JCPOA on the operation of IRISL Bulk Division.
In the end, Ghonji called the success and achievements earned by JCPOA execution a subject of pride and honor for IRISL Bulk Division, and stated that his division intends to double these achievements by using experienced experts in the two fields of marketing and operation.
0
Tags: IRISL Bulk Division
Visit Home
Send to friends
Print
Newsletter
Share this news