Valfajr Shipping Line is the most eminent passenger carrier line in the Persian Gulf region, and has been doing so far over 30 years. Currently, it holds the top-sitting rank in the region by owning 20 vessels in passenger, cargo, container and off-shore transportation vessels. This company is one of the main subsidiaries of Islamic Republic of Iran Shipping Line (IRISL); and since 1986, the committed sophisticated human resources and the well-equipped fleet of this line have played a valuable role in Iran’s maritime industry in Persian Gulf. 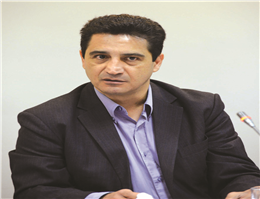 In an interview with MANA, Valfajr Shipping Line director, Captain Majid Sojdeh stated that his line is currently in possession of 20 vessels, including 4 high-speed passenger vessels (Catamaran), 2 cargo and passenger carrying vessels (ro-ro), 7 container-carrying vessels and 7 off-shore vessels. These vessels are employed, he added, to promote Iran’s maritime industry prospects in the fields of cargo transportation and passenger carrying from Southern Iranian ports to different islands as well as to the countries in Southern Persian Gulf Coast. Moreover, the vessels provide support for oil and gas rigs in the Persian Gulf.
Valfajr Shipping Line has completed 30 years of glorious experience and offering solid continuous services to Iran’s maritime industry, Captain Sojdeh added, and now, on verge of embarking on its 4ht decade of services, it has devised a comprehensive and organized plan to develop its maritime tourism services. Since 1986, he further stated, Valfajr line has transported over 10 million maritime passengers in domestic and international routes in the blue Persian Gulf waters, thanks to operating standard and convenient vessels.
Captain Sojdeh, also, made a reference to the services this line offers in Iranian southern ports and islands – namely Khoramshahr Port, Abadan, Boushehr, and Kharg, Kish, Queshm and Abumoosa islands – for the purpose of establishing maritime package tours, and asserted that his line is currently collaborating with over 100 travel agencies nation-wide.
Regarding the domestic and international venture routes of Valfajr Line, Director Sojdeh expressed that currently, the line runs round-trip ventures in Boushehr-Kharg Island, Lengeh Port-Dubai, Bandar Abbas-Sharjah, Khoramshar-Kuwait, and Khoramshahr-Basra. Lengeh Port-Kish Island and special New-Year maritime tours could also be added to the aforementioned routes.
Director Sojdeh also added that tourism is one of the key industries worldwide, and proper investment and systematic planning in this field could earn noticeable profit to replace other sources of income for the country such as petroleum. Maritime tourism, as a dynamic and catchy branch of mass tourism, shapes up a striking portion of tourism financial turnover. No doubt, he added, investment in promoting Iran’s maritime tourism capacities and offering better services in this field could draw many tourists to Iranian maritime attractions and boost Iran’s economy. The same way, many countries worldwide have now expanded their maritime transportation and maritime package tours, and have created on-shore and off-shore recreational facilities for this purpose.
According to Captain Sojdeh, Persian Gulf is one of the key potentials of Iran’s maritime tourism, and given its extensive dimension and potentials for investment and tourist attraction, this matter requires a special economic vision.
In order to execute IRISL strategic plans and macro policies, in line with Iran’s national interests, to promote maritime tourism culture and increase the national wealth, he added, Valfajr line is committed to purchase new cutting-edge vessels to offer services of higher standards and better quality. One thing that could help this tourism prospect, the captain further remarked, is a change in the current policies and shifting the target market from the shores to the densely-populated cities and province capitals. Nonetheless, due to the specific needs and wants of the people from these metropolitan areas, the quality of the services and procedures need to be upgraded.
In the end, Capitan Sojdeh asserted that his line is in the pursuit of various objectives through expanding domestic maritime tourism – mainly making Iranian people familiar with Persian Gulf geography and Iranian ports, promoting unity and sense of patriotism among Iranians, boosting people’s self-confidence and national consensus, stabilizing the disputed islands between Iran and other Persian Gulf counties, facilitating the transportation of people to the island, and domestic companies’ taking control over managing Iranian trips over foreign agencies.
0
Visit Home
Send to friends
Print
Newsletter
Share this news