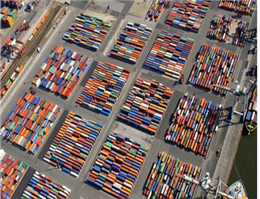 According to MANA, FIRST-quarter trade lane figures show container trade within Asia rose by 23.5% year on year to 10.8m teu, following almost no growth in 2016, with Chinese trade to and from Southeast Asia showing the largest rise, of 36% to 3.4m teu.
“It has been over 10 years since China signed a trade pact with the 10 member states of the Association of Southeast Asian Nations in 2005 and while trade growth was initially muted it really started to accelerate quickly from 2009 onwards,” analysts Drewry said in a report on the region.
The economies of China, Vietnam, Malaysia and Indonesia will all consistently see growth in gross domestic product in the region of 6% per annum over the next five years, according to the International Monetary Fund’s World Economic Outlook. In contrast, the outlook in the more mature North Asia region is far more muted, with South Korea expected to hover at 3% growth now until 2022, while Japan is forecast to bumble along at below 1% per year.
Despite the increased volumes, Drewry said carriers were yet to see any material benefit.
“Average intra-Asia spot rates are just starting to show the faintest of upwards inflection, but for about 18 months have stubbornly refused to shift much above $750 per feu,” Drewry said. “At the same time, Intra-Asia specialist carriers Wan Hai and Regional Container Lines both reported operating losses for the first quarter.”
“Measuring intra-Asia capacity is notoriously difficult with so many different trade lanes and numerous operators, many of which fail to provide sufficient schedule data online; we cannot conclusively say utilisation is higher or lower than before,” Drewry said.
“However, even without comprehensive supply-side data there is strong evidence that ships have followed the demand. Our research counts at least eight new intra-Asia services being launched so far this year with newcomer SM Line at the forefront, while the shrinking idle fleet and resurgence of the charter market is also a sign of renewed demand for ships within Asia.”
0
Tags: intra-Asia box volumes trade
Visit Home
Send to friends
Print
Newsletter
Share this news