HAPAG-Lloyd’s long-awaited merger with United Arab Shipping Co is understood to have been signed off and will be officially announced next week, ahead of the German carrier’s annual general meeting on May 29. 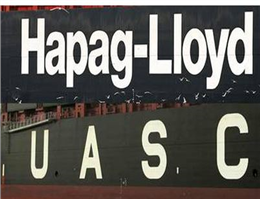 According to MANA, Lloyd’s List heard from sources close to both sides of the deal that the final paperwork was signed in Hamburg on Tuesday.
Lloyd’s List understands the decision to sign was passed up to the Qatari royal family, as ultimate owners of the Qatar Investment Authority.
The two lines announced plans to merge almost exactly a year ago, with the German line taking a 72% stake in the enlarged group and UASC shareholders, led by Qatar with 51% control of the Dubai-headquartered carrier, having a 28% interest.
Other UASC shareholders are Saudi Arabia, with a 35% interest, with the balance divided between the United Arab Emirates, Kuwait, Iraq and Bahrain. Qatar and Saudi Arabia are due to become key new shareholders in the German line, with 14% and 10%, respectively, while the smaller shareholders will also retain an interest in the combined group.
0
Tags: Hapag-Lloyd UASC merger
Visit Home
Send to friends
Print
Newsletter
Share this news