Colombian officials say that three explosions have rocked two industrial shipyards in the coastal city of Cartagena, killing four people and injuring 22, according to media reports. 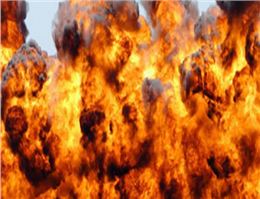 According to MANA, Local television said that three explosions were felt on Wednesday morning up to five kilometres away. Two large black plumes of smoke were seen rising above the shipyards.
Adm. Jorge Carreno, president of the Coctemar shipyard, said one of the blasts happened while workers were repairing a freighter. The explosion caused a fire that left several people with serious burns.
companies and there was a contractor doing the repairs. “Meanwhile the source of the blasts are under investigation for the official report,” said the Colombian official.
0
Tags: explosion Colombian shipyards
Visit Home
Send to friends
Print
Newsletter
Share this news