World container traffic has grown much more strongly than anticipated in the first quarter of 2017, growth that will require an upgrade to analysts’ full-year forecasts, container shipping specialist Drewry observed this week. 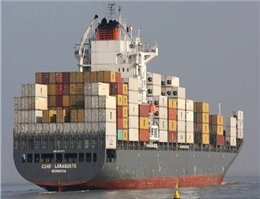 Provisional trade lane data from Container Trades Statistics indicates that world box traffic surged by 10% year on year in the first quarter of this year. In its Container Insight Weekly report, Drewry highlighted that the CTS numbers point to intra-regional trade as the primary driver of growth, with volumes up by 17% versus 7% for deepsea traffic.
“A couple of weeks ago, we argued that unexpectedly strong demand growth was one of the main causes of port congestion in China; and as more data becomes available we can see more clearly the additional workload that ports and terminals are having to deal with,” Drewry said.
The small sample of carrier volume information that has been published so far alongside lines’ first-quarter financial statements also “goes some way to corroborating CTS’ big-growth story”, Drewry said. The average volume growth for the six carriers in the first quarter of this year was 10%, with a wide spread between the slowest growing company Zim (4%) to the fastest growing line MOL (17%). Between them, the six lines operate about 30% of the world’s containership fleet, the analyst said.
0
Visit Home
Send to friends
Print
Newsletter
Share this news