Globally 119 new bulkers and tankers have been ordered since the start of 2017, according to data compiled by VesselsValue Deals. Of those orders, 35 come from Greek ship owners (14 bulkers, 21 tankers) – by far the most of any nation. 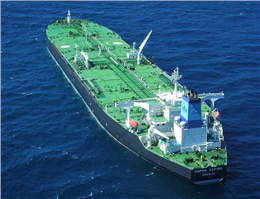 After Greece, the U.S. is second with 14 vessels ordered in 2017, followed by Singapore (10), Noray (8) and the Netherlands (6), MANA correspondent reported.
The imbalance of supply and demand between the number vessels currently on the water and the amount of cargoes does not look to improve in the near future as there is nearly 66 million DWT of tankers and bulkers to be delivered during the rest of 2017, representing 47 percent of the current bulker and tanker order book, according to Vessels Value.
Over the last five years, a major source of finance and investment in the newbuilding market came from the private equity sector who invested heavily to capitalize in the post-crash market downturn.
Today the preference from the private equity sector is to invest in tonnage already delivered and on the water so that an immediate return on their investment can be realized.
This led to a lack of newbuilding finance available and resulted in a gap in deliveries at the major shipyards and therefore increased appetite from them to take orders.
In early 2017 the cash rich Greek community took advantage of this, securing a number of orders at competitive prices.
Through 2017 so far, yard capacity has reduced, but continued buying demand from the private sector remains. This is one of the factors that has led to the increase in newbuilding prices over the past five months.
0
Tags: tanker greece bulk carrier 2017 Newbuilding Orders
Visit Home
Send to friends
Print
Newsletter
Share this news