So far this year around 30 VLCC orders have been confirmed, compared with just 13 in the whole of 2016, according to shipbroker Gibson. 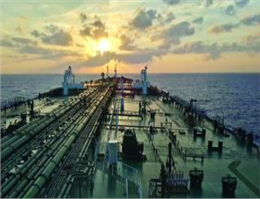 According to MANA, new VLCC is valued at $80m, down from $82m at the start of the year and $86m in August last year, according to Clarksons.
Tanker newbuilding values have reached their lowest levels since late 2003-early 2004, according to Gibson.
Owners such as Euronav have expressed concern over the level of newbuilding ordering this year.
Gibson argued, however, that owners ordering now would have the flexibility to have their tonnage prepared in a most efficient and practical way for key legislation, such as Ballast Water Treatment Management, which comes into force in September this year, and the global sulphur cap for marine fuels, effective January 2020.
The trend for ordering new VLCCs comes amid a lacklustre freight market.
The past few days, though, has seen some pick-up, due to steady cargo volumes and owners holding firm in their negotiations.
Consequently, earnings on the Middle East Gulf to Japan spot trade rose to around $27,400 per day on Monday, up from around $25,000 per day a week earlier, according to the Baltic Exchange.
However, a sufficient number of available ships in the Middle East Gulf spot market suggests that rates and earnings are unlikely to rise significantly further this week.
0
Tags: VLCC orders double
Visit Home
Send to friends
Print
Newsletter
Share this news