DP WORLD has signed a Memorandum of Understanding with the Indian National Investment and Infrastructure Fund to ensure funding for its planned move to develop the country’s logistics sector. 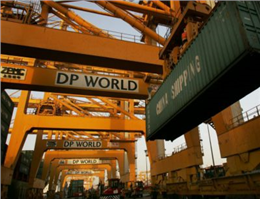 According to MANA, the Dubai-based terminal operator is targeting investments of more than $1bn over the next few years for the development of port infrastructure for the Sagarmala project, creation of the Delhi-Mumbai industrial corridor, river transportation and cold storage, port-led special economic zones, free trade zones, inland container depots and cruise terminals.
The Sagarmala project is an ambitious government initiative to jump-start port-led industrial growth in India.
DP World’s volumes in the United Arab Emirates, including traffic at flagship facility Jebel Ali in Dubai, fell 5.3% in 2016 before gaining 1.8% year on year in the first quarter of 2017 to 3.7m teu.
The group’s overall 5.7% rise in volume to 16.4m teu in the first quarter was largely due to a strong performance in Europe and the Americas.
0
Visit Home
Send to friends
Print
Newsletter
Share this news