The tonnage oversupply problem will continue to shadow the global container shipping market over the next couple of years despite international carriers’ efforts at realigning alliances to optimise tonnage, increased scrapping and a major carrier bankruptcy. 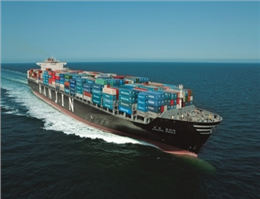 According to MANA, The biggest short term pressure on the market is an “extreme mismatch” between capacity and utilisation that will see no major improvement to the supply-demand equation in 2017 and 2018, according to Henriette Brent-Petersen, managing director shipping and offshore ressearch, DVB Bank.
“The container fleet growth has outpaced demand every year since 2011, with the trend only recently reversed with demand outpacing supply during the last quarter of 2016 and the first quarter of 2017,” she said.
The slow down in supply growth was aided by record scrapping activity in 2016 and delays in scheduled deliveries to 35% of newbuilt tonnage. Brent-Petersen, however, believed that these factors are not sufficient to remove the downward pressures on the market.
She cited that the global GDP multiplier factor for container shipping transportation growth is down to 1.2 times compared to 2.5 times before the 2008 global financial crisis.
Global boxship fleet growth will be at 3-4% in 2017 with immediate downward pressures on freight rates happening in the next three to six months, Brent-Petersen said.
Zhang Ye, president of Shanghai Shipping Exchange, pointed out that there is “no way” that shipping can eliminate the overcapacity in a big way without taking the fatal pill of bankruptcies.
Brent-Petersen told delegates at the Capital Link International Shipping Forum China held in Shanghai on Friday that even with the start of the new container alliances this month, their efforts on vessel sharing and boosting utilisation are not supported by fundamentals.
0
Visit Home
Send to friends
Print
Newsletter
Share this news