January 2016 was not just a regular month for Iranians. In the course of this month, the agreement between 5+1 countries successfully settled down a conflict that had been going on for years, and it managed to prosperously end negotiations over Iranian nuclear issue, finally after 13 years. The ending of these marathon-like negotiations was a triumph of diplomatic talks on the one hand, and it brought about the lifting of the sanctions on Iran on the other hand. Iran, who encountered a number of obstacles in its give and takes under the shadow of international sanctions, seized the opportunity of sanctions being lifted, and moved rapidly toward an economic retrieval and mending its relationships with other nations. 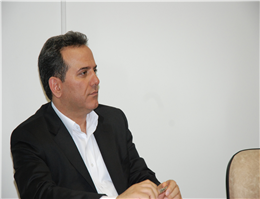 A closer glance at the nature and the scope of international sanctions on Iran reveals that transportation was a main target for them, and Islamic Republic of Iran Shipping Line (IRISL) was at the core of this target. Once the sanctions were lifted, nonetheless, IRISL managed to make its way back to the world markets in a rapid phase. Indeed, it was among the first Iranian companies that got involved in macro global give and takes immediately after the execution of JCPOA.
Moreover, the need for the renewal and restoration of its fleet drove IRISL to enter negotiations over absorbing financial resources; and given the special international status of IRISL, it was observed that international financiers show special interest in funding projects planned and proposed by this company. TO delve into the details of these financial matters, MANA correspondent sat down with IRISL chief financial officer, Ahmad Shahbazbeigi, and had an in-depth discussion over the most recent financial activities of IRISL.
؟What financial measures has IRISL taken since the lifting of the sanctio
At the era when Iran was under international sanctions, IRISL was going through a very hard time; however, this company stood up resiliently all along the way, and played a role in Iran’s economy by preventing any crisis in the country’s import and export affairs. Thanks to the smoothening of political conditions which JCPOA brought about, and the resulting facilitation of Iran’ presence in international interactions and global markets, IRISL made brisk attempts at retrieving all its lost connections and recreate its lost opportunities. Among these attempts, one of the first actions was retrieving the contract for purchasing 10 vessels from the South Korean HIUNDAI Corporation, which prevented national economic losses in this regard.
If we consider the lifting of the sanctions a turning-point in Iran’s as well as IRISL’s economic forward movement, what would you count as the most paramount measures taken in the post-JCPOA era?
Once the sanctions were lifted, IRISL conducted needs analysis, collected field data, performed market studies, and determined the technical, commercial and financial scope of all its intended projects in three independent phases.
1. Developing and renewing IRISL fleet, including vessels for carrying bulk products, fluids, petroleum and petrochemical material, and container goods at mega-size scale, as well as off-shore vessels
2. Completing the maritime transportation chain via developing and optimizing railway fleet, road fleet, and via connecting Iran’s northern neighbors to the nation-wide railway network, which opens Iran to the capacities of Central Asian nations and turns Iran into a key access point in the transportation line between Central-Asia and South East Asia
3. Devising and developing logistic maritime transportation projects – namely bunkering in Qeshm Island, participation in the development and operation of southern and northern port terminals, construction of silos, and the like.
Given the plans you have devised in the course of this period, what measures has IRISL taken in absorbing foreign finance and monetary resources?
Based on the licenses obtained from upper-hand authorities, and given the tendency and demands of foreign financiers for funding IRISL projects, we began negotiating with Iranian fund suppliers (particularly the banks) as well as with international financiers – mainly from Europe, China and Korea. In the light of these negotiations, initial constructive and fruitful agreements have been reached with the Chinese financiers, and negotiations with other finance suppliers are still on-going. Overall, IRISL’s need to international finances, commercial deals’ being made in international currencies, and the partial recession in international markets have all and all paved the way for IRISL to absorb 100-percent international funding for its projects.
0
Visit Home
Send to friends
Print
Newsletter
Share this news