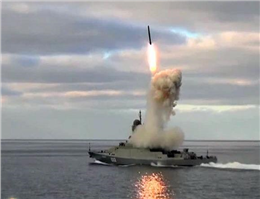 According to MANA, The missile was launched from Sinpo, a port city on the North's east coast, and it flew about 60 kilometers (40 miles), South Korea's Office of the Joint Chiefs of Staff said in a statement.
The move comes a day before the summit meeting between U.S. President Donald Trump and Chinese President Xi Jinping.
North Korea conducted a test of a newly developed high-thrust engine this month, with leader Kim Jong Un saying the successful test was "a new birth" for its rocket industry.
North Korea has already conducted five nuclear tests and a series of missile launches and is believed to be working to develop nuclear-warhead missiles that can reach the U.S.
The launches are in contravention of U.N. resolutions and have prompted the U.S. and South Korea to agree to deploy a Terminal High Altitude Area Defense (THAAD) anti-missile battery in South Korea later this year.
0
Tags: North Korea missiles
Visit Home
Send to friends
Print
Newsletter
Share this news