The Gulf of Guinea continues to be one of the most dangerous bodies of water in the world for merchant shipping. Pirates from the Niger Delta have been responsible for attacking commercial vessels throughout the wider region, conducting armed robberies, stealing oil and abducting crew for ransom, EOS Risk Group said. 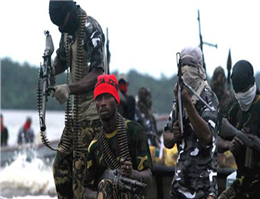 In January 2016, a fresh wave of militancy and insecurity struck the Niger Delta region, MANA correspondent reported.
Throughout the year, Nigerian pirate groups stopped hijacking tankers for product theft and have started to kidnap crew for ransom.
At least 52 Nigerian pirate attacks occurred in 2016, EOS Risk Group said.
The majority of attacks off Nigeria in 2016 involved oil/chemical tankers, followed by offshore support vessels. Bulk carriers, containerships, general cargo vessels, LNG tankers, fishing vessels, a refrigerated cargo vessel, a dredger and a vehicle carrier were also subjected to attacks during the year, according to the group.
The infographic below gives a review of Nigerian pirate activity in 2016.