CRUDE production from the Organisation of the Petroleum Exporting Countries decreased by 140,000 barrels per day in February compared with January. 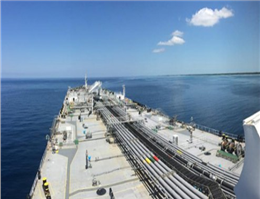 According to MANA, If that amount were exports, it would be equivalent to a full cargo for one suezmax tanker per week.
Saudi Arabia, Opec’s leader, saw its crude production decrease to 9.8m bpd from 9.87m bpd in January, a drop of 68,000 bpd, according to Opec on Tuesday. Its December 2016 figure was 10.4m bpd.
Major Opec member Iraq saw its February production dip to 4.41m bpd from 4.48m bpd in January. United Arab Emirates and Angola also saw significant drops in production.
However, crude tankers are anticipating fewer fixtures out of the Middle East Gulf, the main loading area for very large crude carriers. Indeed, February saw 132 fixtures for VLCCs in the Middle East Gulf spot market, down from 148 in January, according to data from broker Marex Spectron.
Fewer fixtures could put downward pressure on freight rates, owners fear.
As things stand, freight rates are down for the big crude tankers. VLCCs on the benchmark Middle East Gulf to Japan spot trade are earning $21,395 per day, down from the week-ago level of $22,571 per day.
0
Tags: tanker Middle East OPEC
Visit Home
Send to friends
Print
Newsletter
Share this news