Danish and German owners expect board approvals for deal to come in second quarter of 2017. 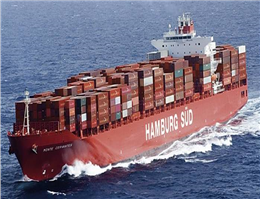 According to MANA, maersk Line’s acquisition of Hamburg Sud has moved a step closer to fruition after it signed a formal sale and purchase agreement with the.
On 1 December AP Moller – Mærsk announced it had agreed a deal with Dr August Oetker to acquire Hamburg Sud for an undisclosed sum.
The latest agreement is subject to board approvals, which are expected during the second quarter of this year, both companies said.
Maersk Line said it still expects to close the transaction by the end of 2017.
Hamburg Sud, which operates 130 containerships with a capacity of 625,000 teu, will continue as a separate brand once the takeover is complete.
The Oetker Group’s decision to agree to the sale of the container line marked the end of 80 year involvement in shipping.
Hamburg Sud is described as a specialist in the north-south trades and is said to complement Maersk’s global operations.
0
Tags: Hamburg Sud maersk
Visit Home
Send to friends
Print
Newsletter
Share this news