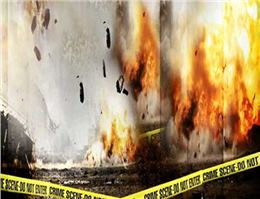 Reportedly, police received information regarding presence of a bomb under a bridge, however, it went off before arrival of the bomb disposal squad, MANA correspondent reported cited by Daily Pakistan.
The bridge has been partially damaged in the incident while no loss of life has been reported.
According to police, it was a remote-controlled bomb weighing around 5 to 7 kilograms.
Gwadar, in Balochistan province, forms what officials call the "heart" of the China Pakistan Economic Corridor, a grand $46 billion project giving Beijing greater access to the Middle East, Africa and Europe through Pakistan.
0
Tags: Gwadar Port bomb Pakistan explosion
Visit Home
Send to friends
Print
Newsletter
Share this news