Freight rates for very large crude carriers (VLCCs), which fell to five-month lows this week, are set to drop further as excess tonnage and an absence of port congestion weigh on the market, brokers said. 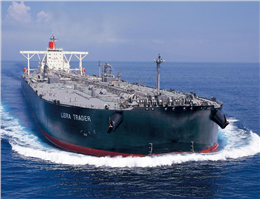 According to MANA, supertanker charter rates, which are already below the breakeven levels for ship owners, could fall further due to new vessel deliveries, reactivation of older vessels from offshore crude storage, crude oil output cuts and refinery maintenance, brokers said.
That will add to the volume of available tonnage as demand for cargo declines.
Average VLCC earnings, which are down to about $18,400 per day, could fall towards $17,000 per day despite resistance from owners to at least maintain current rate levels.
Around 30 crude tankers, totalling 6.9 million deadweight tonnes (DWT), were delivered in January and February, ship broker Banchero Costa said in a report on Friday.
VLCC rates on the Middle-East-to-Japan route dropped to around W56 on Thursday, the lowest since Sept. 30, 2016, from W58.75 last week.
Rates on the West Africa-to-China route fell to about W59.50 on Thursday, the lowest since Oct. 7, 2016. from W62.50 a week earlier.
0
Tags: VLCC rates fall
Visit Home
Send to friends
Print
Newsletter
Share this news