WITH banks becoming less willing to lend amid falling values for vessels and weak balance sheets of loans seekers, shipping experts in the Middle East called for regional governments to lend a helping hand. 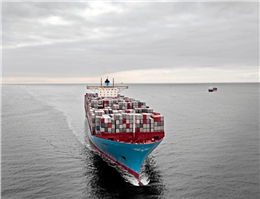 SAccording to MANA, Even without actual funding, the government can play a big role in taking the lead in encouraging banks to support the industry.
The call for the government to take the lead was a response to possible alternative funding sources to compensate for a growing reluctance from traditional banks.
Having had to increasingly make provisions for doubtful debts, banks globally have become stricter in lending to the industry as subdued trade and vessel oversupply pressure charter and freight rates lower.
Banks are “not very open” to ship financing, Seaport International Shipping Company commercial manager Sanaz Taransari said.
Highlighting the offshore sector, Synergy Offshore chief executive Fazel Fazelbhoy noted that fleet utilisation had declined 30% in the Middle East.
OEstimating Middle East utilisation at around 65%-70%, Mr Fazelbhoy does not expect rates to recover until late 2018 or early 2019.
Illustrating the mismatch between supply and demand, he said global supply totalled 3,493 vessels while demand was for only 2,030 vessels, or a surplus of 42%.
0
Tags: shipping industry
Visit Home
Send to friends
Print
Newsletter
Share this news