Piraeus Port One of the Few Successes in Greek Privatiation Programme

Privatisations have been a key plank of Greek international bailouts since 2010, but have reaped only EUR4bn ($4.23bn) so far versus an original target of EUR50bn due to political resistance and red tape. 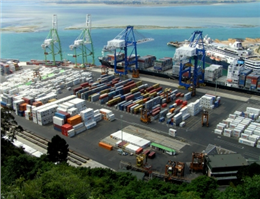 Sale of the control of the Piraeus Port Authority (PPA) to China's Cosco Shipping has been one of the most successful privatisation deals struck to date, MANA correspondent reported.
Piraeus recorded the second highest increase in teu movements of all European ports in the decade, 2007 to 2016, according to data by shipping portal, porteconomics.com, reaching 3.675m teu in 2016 up 167.7% in the period.
The port recorded an 11.7% increase in teu handled in 2016 compared to 2015's 3.289m teu.
Volumes in 2016 made Piraeus the eighth largest container port in Europe, though far below the three biggest, Rotterdam 12.385m teu, Antwerp 10.037m teu and Hamburg 8.910m teu, but the Greek port's great potential was underlined by the fact the increase started late 2009, while in 2007 Piraeus was not among the top-15 container ports of Europe.
According to Cosco, 2017 has had a good start and in January Piraeus' three terminals handled 282,000 teu an increase of 12% on January 2016.
0
Tags: Piraeus Port greece 2017 private sector
Visit Home
Send to friends
Print
Newsletter
Share this news