Implementation of JCPOA to boost tourism in Iran

Today, the tourism industry has become one of the world’s most important economic sectors in the world, it has envisioned a better future for the people of the world by creating jobs for millions of people, tourism is also considered as one of the cultural entertainment of human communities with an ever increasing demand it which is visible worldwide, so that it is now one of the most important economic and cultural industries of human being and in terms of economy it has offered favorable consequences. Tourist destinations almost include all parts of the world. Today, people are very enthusiastic about seeing the wonders of different countries and international tourism has witnessed a significant boom accordingly. We can find out about the rise of this industry in recent times by evaluating the number of international flights of the worldwide tourism industry. Researchers of the tourism industry have suggested to this end that significant growth is marked in this industry in the first half of 2016. In general, it should be said that approximately 46 percent of the total international tourist revenues belong to the first half of the year and researchers believe that this trend will continue to grow in the second half of the year and a positive outlook can be seen in this process. In order to review the status of tourism in the world and recent developments of this industry in Iran, MANA correspondent has conducted an interview with Mr. Mohammadreza Pouyande, the managing director of Revitalization and Utilization Fund for Historical Places in Iran’s Cultural Heritage Handicrafts and Tourism Organization(ICHTO), a brief account of the interview is available in the following. 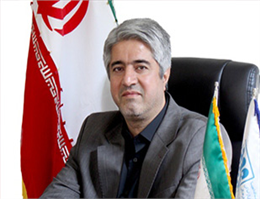