GLOBAL oil refiners do not have the capability to produce enough low sulphur marine fuel, mainly marine diesel, to meet the needs of the shipping industry once the International Maritime Organization’s 0.5% sulphur cap kicks in from 2020, according to consulting firm Wood Mackenzie. 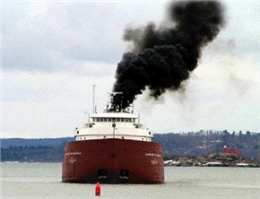 According to MANA, the result will be exorbitantly high fuel costs for shipowners who have not found alternatives to purchasing marine diesel, which is costlier than the high sulphur fuel oil currently used in the industry.
Global bunker fuel costs could cost the entire shipping industry up to $60bn annually from 2020, as prices of marine diesel, also known as marine gasoil, could rise to four times the cost of fuel oil in 2016 due to higher crude oil prices and low supply, Wood Mackenzie’s research director for Asia refining Sushant Gupta said.
“Installing scrubbers may be an economically attractive option,” he said, adding that shippers can expect a high rate of return of between 20% to 50% depending on fuel prices and the cost of installing a scrubber.
The higher fuel costs will eventually have to be passed on to customers, such as charterers, pushing up freight rates like benchmark very large crude carrier transits from Middle East to Japan by $1 per barrel. That’s roughly $2m for a fully loaded cargo of two million barrels on a VLCC.
Additionally, Mr Gupta also said that bunkering hubs like Singapore will have to repurpose the entire bunkering infrastructure from storage tanks to barges to accommodate the shift to marine diesel over the long term.
“We also expect a shift in bunkering locations based on compliant fuels availability,” he said, adding that Singapore may lose some of its market share to ports in China where marine diesel is more readily available at cheaper costs, he said.
The consultant said that obstacles to ensure the availability of sufficient low sulphur fuel marine by 2020 could force the International Maritime Organization to adopt a phased implementation that allows shipowners and operators to adapt to the new rules.
0
Tags: sulphur IMO
Visit Home
Send to friends
Print
Newsletter
Share this news