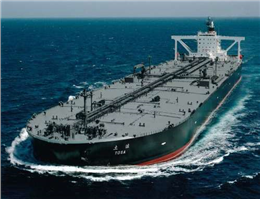 According to MANA, Strong compliance with OPEC production cuts is percolating through to the VLCC charter market with fixture volumes and rates reducing, analysts say.
The February cycle has seen around 700,000 barrels per day shipped out of the Middle East Gulf on VLCCs, with the 112 fixtures recorded down 8% on the previous month, Credit-Suisse says.
In a report today Lewis pointed to Aramco’s February loadings falling 50% below the trailing three-month average.
VLCC rates in the ongoing quarter have averaged $40,000 per day. However, with a lower fixture count the spot market has slipped to $27,000 per day and second quarter futures are trading at $19,000 per day, Lewis says.
Fotis Giannakoulis, an analyst at Morgan Stanley, says the first signs of the OPEC induced slowdown in fixtures appeared in the market last week.
He counted 12 VLCCs fixed out of the Middle East, the lowest weekly number at this time of year since 2013.
Expectations that OPEC guidelines will be kept are also supported by activity in the oil market.
For the first time in history hedge funds are sitting on more than a billion barrels in a bet that the oil price will rise, Bloomberg reports.
0
Tags: VLCC Freight Rates OPEC
Visit Home
Send to friends
Print
Newsletter
Share this news