Rodolphe Saadé is the new chief executive of container shipping line CMA CGM, taking over the role previously held by his 80-year-old father. 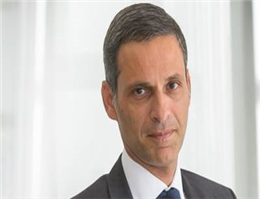 The top spot at CMA CGM Group has been passed from one generation to another, MANA correspondent reported.
Jacques Saadé announced on his 80th birthday that his son Rodolphe Saadé would take over as the French shipping line’s next chief executive officer.
Jacques Saadé, who founded the company 1978, will remain chairman of the board of directors.
Previously executive officer, Rodolphe Saadé has been with CMA CGM since 1994.
“Rodolphe has proven himself over the years, and he has my deepest trust as chief executive officer of the group,” Jacques Saadé stated.
0
Tags: CMA CGM france container line CEO
Visit Home
Send to friends
Print
Newsletter
Share this news