AS newbuilding prices stay flat, at a low level, more bulker orders are expected to be placed this year, according to shipping association BIMCO. 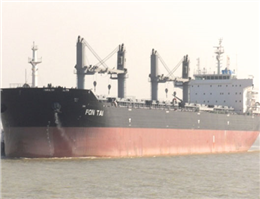 , According to MANA,  "2017 will see more orders being placed," BIMCO's chief shipping analyst Peter Sand said
"Newbuild prices for drybulk ships have flattened out since mid-August 2016, but owners and investors may be tempted by low prices to go back to the yards for new ships," he said in a report, adding limited activity from newbuilding shipyards has led to a rise in asset prices in the secondhand market.
Some owners may be in genuine need to renew their fleet, while others will just be adding capacity, Mr Sand said by phone.
Last year saw just 36 units being ordered, 21 of which were very large ore carriers, according to Banchero Costa.
BIMCO expects dry bulk fleet growth of 1.6% this year, from about 2.2% in 2016, as interest in demolitions wanes. It anticipates new deliveries totalling 10.9m dwt in the first quarter.
Meanwhile, China’s five-year plan to 2020 is likely to boost the economy, with planned investments in roads and railways seen to improve the forecast for dry bulk imports, said BIMCO.
0
Tags: Bulker bimco
Visit Home
Send to friends
Print
Newsletter
Share this news