The chemical tankers market is anticipated to face a challenging couple of years ahead due to lingering oversupply made worse by many newbuilding deliveries, according to shipping analyst Drewry. 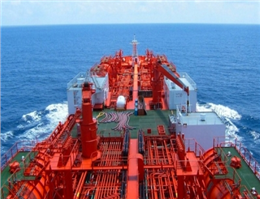 Chemical tanker freight rates on long haul routes, in particular, will continue to be challenged by surplus large vessels over the next two years, MANA correspondent reported.
“We expect fleet oversupply to persist in 2017 and time charter rates for larger ships, especially MRs, to decline because of stiff competition. However, rates for vessels in the smaller categories are likely to remain stable in 2017,” said Hu Qing, lead analyst for chemical shipping at Drewry.
“The chemical fleet grew by 5.2% in 2016 and is expected to expand by 3.3% to the end of 2017. New orders and deliveries are also expected to decline further because of the depressed market and financial woes of shipyards,” she said.
While deliveries and ordering have reduced in 2016, there are still many ships scheduled to be delivered in the next five years because of heavy ordering during 2014 and 2015.
And even as demolitions are expected to pick up due to new regulations such as the implementation of the Ballast Water Treatment System (BWTS) and the adoption of the global 0.5% fuel sulphur cap, the scrapping rate is unlikely to limit fleet growth in a significant way as most older ships are of less than 10,000 dwt.
0
Tags: orderbook fleet 2017 chemical tanker oversupply
Visit Home
Send to friends
Print
Newsletter
Share this news