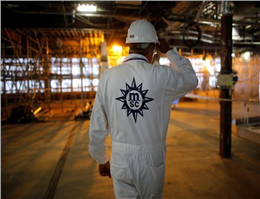 According to MANA, rivately owned MSC, the world's no.2 global shipping line, said in a statement its subsidiary Terminal Investment Ltd. (TiL) had completed the acquisition in conjunction with South Korea's Hyundai Merchant Marine (HMM), which would see TiL assuming an 80 percent stake and HMM having the remaining 20 percent in TTI.
Last month, a U.S. judge gave the green light for the sale of failed Hanjin's stake in TTI despite objections from container companies owed money by Hanjin, concerned whether the shipping group was getting the best price.
The TTI sale included Terminal Investment forgiving $54.6 million in debt owed by Hanjin.
The U.S. judge said the sale was supported by the ports of Seattle and Long Beach.
0
Tags: msc Hanjin's stake U.S. ports operator
Visit Home
Send to friends
Print
Newsletter
Share this news