A.P. Moller-Maersk (MAERSKb.CO) is considering selling its oil and gas business in Brazil as the shipping giant's energy group narrows operations in a restructuring, its chief executive said. 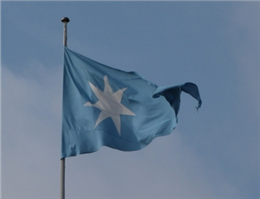 According to MANA, while the group has given itself two years to decide on the exact strategy, Maersk Energy is clearly focusing on its two major developments that are planned to start production in 2019 -- in the UK North Sea and  in the Norwegian North Sea.
"We have said that we will focus on fewer geographies and certainly in the North Sea. Norway and the U.K. will be an area of focus for Maersk Oil," Maersk Energy CEO Claus Hemmingsen told Reuters.
The current value of the assets was unclear. The Danish company acquired three Brazilian blocks from SK Energy for $2.4 billion in July 2011 .
Maersk is in the midst of a major restructuring to shift the company's focus to its transport and logistics businesses and separate its energy business in the face of a drop in income.
Maersk Energy also plans to break up its oil and gas exploration and production business, known as Maersk Oil, and its three other services businesses -- drilling, supply services and tankers, he said.
0
Tags: maersk brazil
Visit Home
Send to friends
Print
Newsletter
Share this news