Singapore Mandates Use Meter-bunkering in 2017

Singapore, the world’s largest bunkering port, will enforce the use of mass flow meters (MFM) for bunkering operations from 1 January 2017, making it the first port in the world to mandate the use of such fuel measuring device. 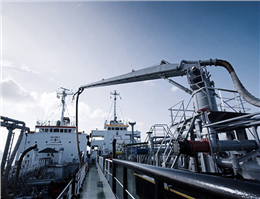 According to MANA, the Maritime and Port Authority of Singapore (MPA) has been steering Singapore to adopt the use of MFM since 2014, as the regulator has been actively engaging the industry to prepare for the operational transformation and working with technical committees to draw up new bunkering standards.

The MFM is in fact not a new technology as they are already widely used in landbased power plants, but they are new to the marine industry, which up to today continues to rely on manual fuel measurements such as tank dipping and sounding.

The fuel quantity variance of using MFM is estimated at a maximum of 0.5%, lower than the traditional sounding tape method of up to 0.7%.

The benefits of using MFM in bunkering include enhanced transparency to reduce malpractices and disputes, greater efficiency with time savings and higher productivity for quicker bunker tanker turnaround without the need to expand port capacity.

The use of the meters has been proven to reduce bunkering time by about 2-3 hours per vessel and increase bunker tanker turnarounds to 10-12 times a month from the present eight on average.

Bunker deliveries conducted using the meters, however, will apply only for high-viscosity grade bunker fuel deliveries, excluding the low-viscosity marine gas oil (MGO). The MPA has said that it will follow up on a compulsory implementation of MFM for MGO sometime in early 2017, as tests are already underway and results so far have been encouraging.