A Chinese-owned product tanker has been targeted by pirates off the coast of Nigeria, but the attempt reportedly failed. 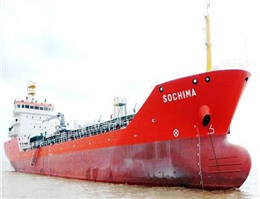 According to MANA, The 6,770-dwt Sochima (built 2014) was reportedly attacked in the Gulf of Guinea some 40 nautical miles south of Brass, Nigeria.
It was approached by speedboat with armed men who attempted to take control of the vessel, according to security broker Asket.
The attack is said to have been repelled by an onboard navy security team. No further information available at the time of writing.
0
Tags: Nigerian pirates tanker
Visit Home
Send to friends
Print
Newsletter
Share this news